Poetic License is an optional mission in Borderlands 2 given by Scooter. It becomes available after Wildlife Preservation is complete.

"Scooter wants to write a love poem, but he needs inspiration. He's asked you to explore Pandora and find natural (or unnatural) landmarks that can inspire him to complete his poem and win the heart of a woman named Daisy."

Scooter wants help to woo a woman named Daisy after his failed attempt with Laney White. To that end, he requests help in finding inspiration for a poem.

The first objective is to pick up a camera from Scooter. Then in Thousand Cuts there are four objective markers. One not far from the entrance indicates the location of some pornographic magazines that Scooter wants for a backup plan in case the poem doesn't pan out. The other three mark a flower in a war torn landscape, a bandit hanging from his own headstone, and a bandit corpse in the embrace of a wrecked loader. All four objectives complete when a character is moved into close range and the items are interacted with.

Back in Sanctuary Scooter accepts the photos, and the pornography, and offers his poem in exchange.

When presented with Scooter's romantic masterpiece, Daisy asks to be excused and disappears through the door behind her. Moments later a gunshot is heard from inside. 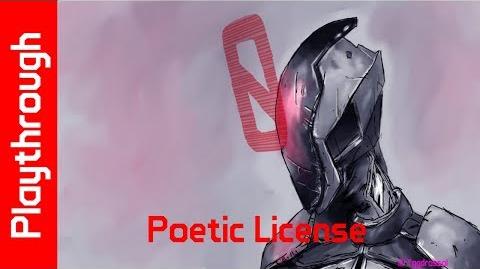