Pity's Fall is a location in Borderlands: The Pre-Sequel. It is the crash site of the Drakensburg - a Dahl warship captained by Colonel Zarpedon in the past, before she was transferred to the Britannia.

The Drakensburg has since become the home of a band of scavs lead by The Bosun and his companion, the Skipper; both of whom are former crew-members of the Drakensburg before its crash. Whilst the ship is no longer space-worthy, the internal systems are relatively intact - power, turrets, life support, AI and the engine all remain in working order.

A room filled with banks of computers that ends with a terminal which grants access to an additional room where the Skipper's AI core is housed. Within Skipper's AI core room is also a moonstone chest and a red chest tied to the Bosun's Mate challenge.

A small room before the Engine Room that is predominated by a screen featuring a crew briefing from before the Drakensburg's crash. A short corridor and a pair of haphazardly constructed platforms reachable only via jump pads lead to Shattered Aft.

Where The Bosun resides and is fought. The floor level contains multiple jump pads to help access the narrow walkways that compose the higher level.

Catwalks and isolated platforms form the main access point into the Drakensburg. The area is lightly guarded by scavs, predominately consisting of basic scav types, interspersed with the occasional badass. Jump pads assist with the shallow ascent to access the Drakensburg. 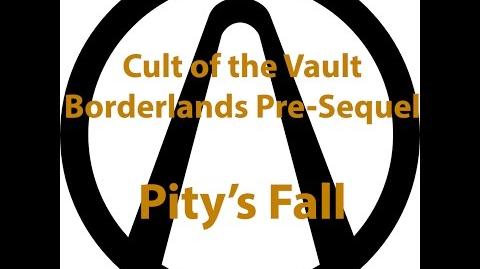 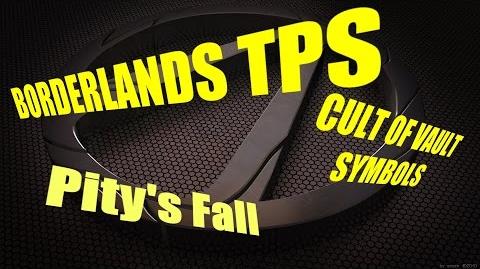 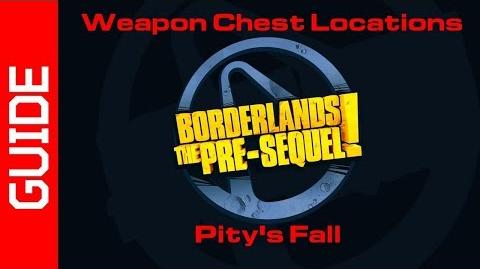 Retrieved from "https://borderlands.fandom.com/wiki/Pity%27s_Fall?oldid=421447"
Community content is available under CC-BY-SA unless otherwise noted.