Spread the sickness. – Always corrosive. After the grenade's initial explosion, three more homing grenades are spawned. The grenades spawned will chase enemies, transferring corrosive damage on contact and then seek out another target. This will continue until the grenades disappear.

The Pandemic is most useful when thrown into mobs of lesser units that are weak to corrosive damage. Such situations are common in areas heavily populated by Hyperion units, knights, and most kinds of skeletons. 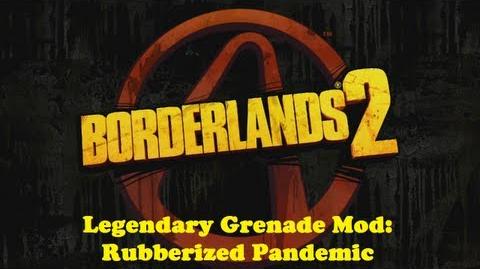