The Outrunner, or "Runner," is a type of drivable vehicle. Its appearance is that of a dune buggy with a mounted turret.

Outrunners were known to be at least partially designed by Pandora's resident mechanic, Scooter, but his sister Ellie has since taken over the project. They are digistructed at Catch-a-Ride terminals throughout Pandora and provide versatile overland transportation. These will be the first type of vehicles available to players during the course of Borderlands 3, being unlocked by Ellie during the story mission Cult Following.

Outrunners can seat up to two people; one to drive and one to man the turret. They have a durable suspension, allowing large jumps with minimal vehicle damage. They are also equipped with afterburners mounted to the rear of the runner, allowing temporary faster movement speed at the cost of maneuverability.

Enemies are also known to drive customized versions of the Outrunner, and they can be found in the open areas of Pandora, the swamps of Eden-6, the streets and sewers of Promethea, and the dried seabed of Desolation's Edge on Nekrotafeyo

When being driven alone, the player can fire the forward machine gun (R2, right trigger, left mouse) as well as the turret (L2, left trigger, right mouse). However, manning the turret seat provides the turret weapon with greater accuracy, which is reflected in tighter crosshairs, compared to using the turret from the driver's seat. A single player can press a button to switch between the driver and gunner seats, or two players can switch, one using the switch key and the other keying to confirm the switch. The turret weapon can be zoomed in, increasing its accuracy.

Of particular note, the Flamethrower and Tesla Coil are useful for hijacking enemy vehicles, as both do reduced damage against armor and can simultaneously damage the occupants, killing them while leaving the vehicle mostly intact.

The Outrunner has minimal armor by default, but can be upgraded with heavy armor that increases its hit points by 50%.

Different wheels add special driving characteristics, sometimes at the cost of acceleration. Top speed is equal for all wheels at roughly 70 mph on level ground.

Mods are components that alter the performance of the vehicle's boost function. Some mods increase the boost's top speed, while others add offensive capabilities at the expense of boost speed.

Apart from the regular Outrunner, characters may run across other variants of this vehicle, differing in armor, armamanent and special equipment.

Depending on who drives them, they recive appropriate (COV, Maliwan or Dark Maliwan) prefix. Outrunners digistructed by the characters are always labeled as Outrunner regardless wich armor, armamanent or special equipment might be selected. 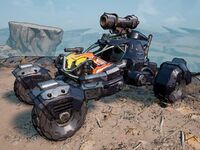 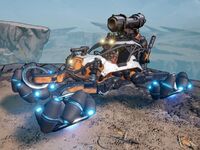 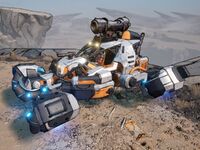 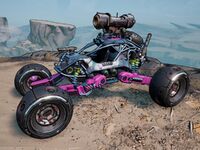 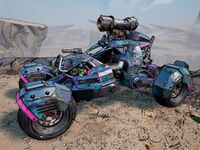 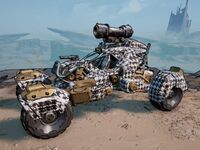 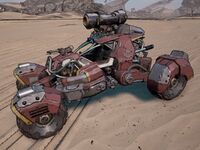 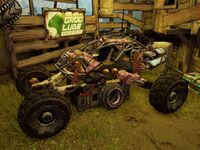 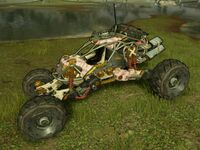 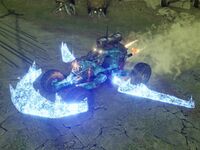 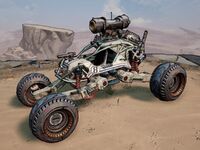