Oasis is the starting location of the first Borderlands 2 DLC, Captain Scarlett and Her Pirate's Booty.

Little is known about Oasis prior to the events of the DLC. Based on the number of buildings in Oasis, it can be assumed it was once a fairly populated and successful town. At some point prior to the Vault Hunters' arrival, Oasis's source of drinkable water either became severely limited or was cut off entirely, leading to the deaths of the entire town save for one resident.

The Vault Hunters return to Oasis multiple times during the campaign. This city acts as the hub of Captain Scarlett and Her Pirate's Booty

Coral Island Camp is a moderately sized pirate base a separate structure on a narrow spire of rock connected to Wurmtail Plateau by a suspended bridge.

A small overlook found near the stalker den passed the collapsed freeway. It is found by going north from town to the freeway and then east after the stalker den. Location of the engagement ring in Wingman.

The town of Oasis is a built up coastal town on the edge of a dried up sea bed. Several docks stretch out over the barren sand, indicating the body of water that must have once been there. The town provides access to all of the basic services, including a Catch-A-Ride terminal used exclusively for digistructing sandskiffs. The only visible source of water in the town is a small, shallow pool of dirty water marked by a handwritten "stay away" sign in the middle of town.

Oasis Docks is an area along the edge of a dried up sea bed. In the central section there is a large pier with Shade's shop and weapons vending machine. Ammunition and Medical vending machines, and a Catch-A-Ride station are located at the northern end.

Rockview Rest Stop is a small pirate's haven just north of the town of Oasis. There is a New-U Station here and a message in a bottle.

Wreck of the Kronus

Once a proud ship of a vicious pirate queen, the Kronus now lies derelict on the sand. The wreck conceals several lootable objects, and the more observant explorers may discover a Vault symbol on its starboard side.

Wurmtail Plateau is located in the central part of the map and is home of the largest pirate base in the area. It can only be accessed through an entrance at its northern edge. Catch-A-Ride station is located next to the entrance.

Wurmwater Passage is a small area in the northeast part of the map. Transition point to Wurmwater and Catch-A-Ride station are the only features of interest.

Coastal Caverns is a small pirate base located in the northwest part of the map. Its purpose is to protect transition point to Hayter's Folly. There is a Catch-A-Ride station nearby.

Canyon Deserter Camp is located in the southeast part of the map and is home of the second largest pirate base in the area. Several weapon chests can be found in this camp. Catch-A-Ride station is located next to the entrance. 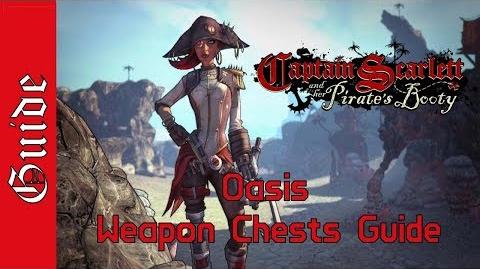 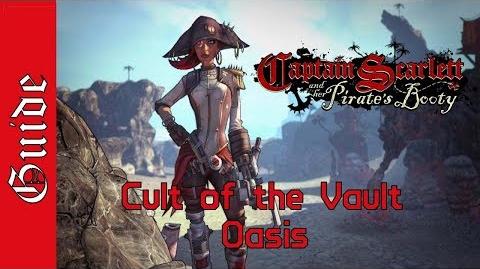