Another Piece Of The Puzzle

Not Without My Claptrap is a story mission in Borderlands given by Patricia Tannis.

"Once our Vault Key is completed, it will lead us to the location of the Vault. There's just one more piece, and my sources tell me that Baron Flynt has it. He lives on a giant digging machine in the Salt Flats. Wait. The gate to the Salt Flats won't open unless you find the silly little Claptrap doorman. My sources tell me he's trapped inside Old Haven, so maybe you'd better go and get him out of there, first. Otherwise, I'll be stuck here with you." 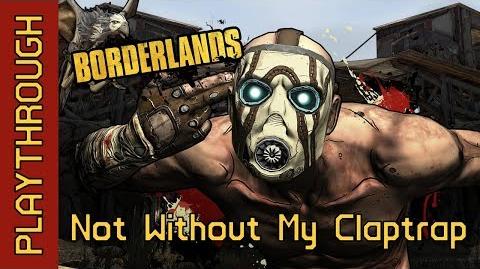 "Thank you, stranger! I would sing a song about your heroism, but I'm pretty sure the Crimson Lance would hear me and kill us both. They really hate music. So, I'll just see you later at the gate to the Salt Flats! Bye now!"