After an enemy takes damage from the Norfleet's projectiles, it is surrounded by a blue field of plasma.

The fire pattern of the Norfleet differs from any other rocket launcher in the game but can be used in much the same manner. The same safety precautions apply: if the projectiles land too close, the user will take damage (and will probably be crippled by the massive damage), but even in many cases, it is possible for the Norfleet's elemental effect to still apply to the wielder without taking direct blast damage.

When firing the Norfleet, it is almost always guaranteed direct hits on enemies, making the Norfleet best for dealing damage over a massive area as well as tagging multiple enemies with elemental damage, assuming they are not immediately eliminated.

Like any other E-tech rocket launchers (apart from Bandit manufactured), the plasma produced by the impact of the Norfleet projectiles are particularly useful, as these will ignore terrain and cover and will cause direct damage to anything within the cataclysmic radius, including the elemental effect. This property makes it one of the most powerful weapons in the game, with the rarity to match.

The Norfleet is also useful if the user has been downed and needs to get a Second Wind, as the sheer damage and the tripled cataclysm effect can almost guarantee a revive from the weaker enemies in a crowd, the only exceptions being high-tier badasses or overleveled enemies.

While The Norfleet can typically hold its own in most situations, it does suffer from unlisted increased ammo consumption, consuming 3 rockets per shot. This should be noted, as rockets can cost a substantial amount of money and are uncommon in ammo boxes. This trait may hinder prolonged usage, as a price to pay for its high damage output. 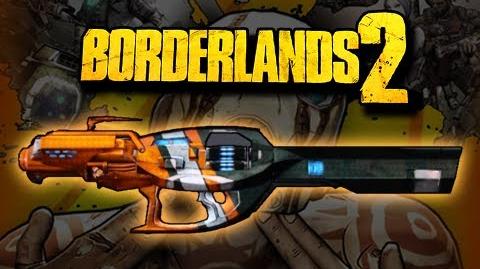