Natural Selection Annex from the Creature Slaughter Dome DLC is a Circle of Slaughter map. It is located to the right of the vending machines after entering the first structure in the Wildlife Exploitation Preserve with the collapsed telescope (eastern end of the map).

The DLC was released on December 12, 2012 as paid DLC and as a part of the Borderlands 2: GOTY Edition release on October 8, 2013. Entering without it is still possible if a pre-order or paid owner's game is joined. If the mission is obtained but not completed this way, access is granted independently until mission completion.

The arena itself is a mixture of all animal habitats in the Wildlife Exploitation Preserve, featuring slag ponds and stalker goo as well as varkid hives and skag holes. 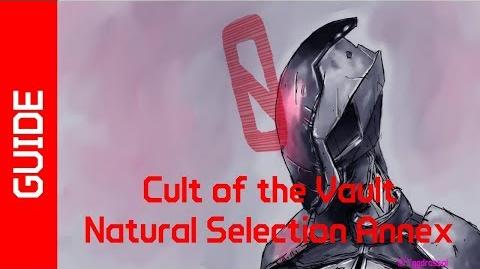