Motherlessboard is a large location in Claptastic Voyage. It serves as a bridge between The Nexus and the two Memory Banks, which lead to Cluster 00773 P4ND0R4 and Cluster 99002 0V3RL00K.

The level features eight main Data Streams used to get from area to area, and a few other smaller, vertical Data Streams used as elevators. There are a few opportunities to use Jump Pads to get to areas off the beaten path.

Motherlessboard introduces Volatile Bits, useful for taking out the resident Bugs without too much trouble.

Pop-Up Ads can be found periodically throughout the level as well.

Scattered throughout the level are ECHO correspondences from Davis Pickle, addressed to his deceased family. There are three total recordings to be found, each of which can be found in two locations. The final recording implies that Claptrap had told Pickle that he could get the messages to Pickle's parents, though it seems likely he'd just said that in order to help Pickle work through the loss of his family. The ECHO recordings do not contribute to any challenge, achievement, or mission -- they merely provide some background flavor.

This is an area along the initial Data Streams used as a security checkpoint for traffic between The Nexus and the Data Splitter in the south of the level. During the mission File Search, when Motherlessboard is first visited, the security station will lock down, requiring that the Vault Hunters find an override console to allow proceeding further in the area. The security station will be protected by many Insecurity and Clapdog units, but once the path has been opened, merely riding through on the Data Streams should be sufficient to pass through without harm.

The Confluence is a platform with many Volatile Bits floating around, protected by a number of Bugs. Two inbound Data Streams from the Memory Banks terminate here. The "main" Data Streams leading from The Nexus to the Data Splitter do not actually stop here, though Vault Hunters can use a gravity slam to jump out of the Stream prematurely and explore.

The Data Splitter acts as a hub between the two Memory Banks and the rest of the level, with six of the eight main Data Streams terminating here. This is also the first location where Viruses are found.

Memory Bank 2 is reached during the story mission File Search, and leads to Cluster 00773 P4ND0R4. It is protected by various Insecurity forces. A Data Stream can take Vault Hunters from here to The Confluence, though there is not a direct Data Stream back.

Memory Bank 4 is not reachable until the story mission The Psychology of a Claptrap, due to a broken Data Stream. It leads to Cluster 99002 0V3RL00K. This is where Vault Hunters will first encounter Glitches, assisted by various Insecurity. A Data Stream can take Vault Hunters from here to The Confluence, though there is not a direct Data Stream back. If the Vault Hunters exit that Data Stream early to land on a freestanding platform, a hidden chest containing the M0RQ shield can be found.

This small area is where the Data Stream leading to Memory Bank 4 is repaired during the mission The Psychology of a Claptrap. There are two Anti-Virus Resistors here which must be Gravity Slammed to turn them off, which will allow the Vault Hunters to overpower the Deletion Fields protecting the controls to fix the Stream.

(not an officially-named area in terms of map exploration)
D1GN1TY-TP can be found on a platform on the Memory Bank 4 side of the map, once the Data Streams to Memory Bank 4 have been repaired. There are a few ammo boxes on the platform, but D1GN1TY-TP is the only real point of interest. 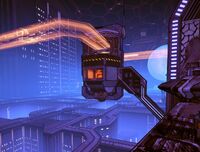 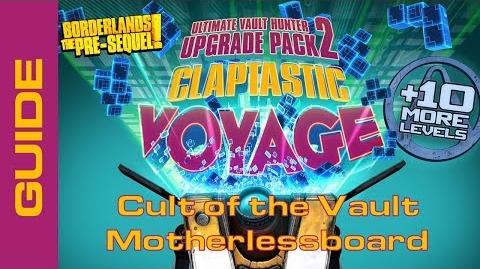 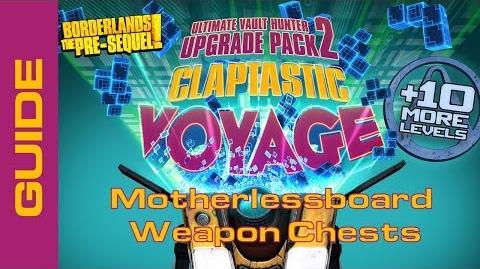