The Mongol is a variant of the Vanquisher, and mirrors the effects of the Mongol in Borderlands. The Mongol balances its increased ammo consumption with the ability to inflict damage both in a single concentrated area, with its large initial projectile, as well as over a large area, with its spawned small rockets. The Mongol can be used effectively against large targets, groups of enemies, and agile targets difficult to pin down with a single projectile. 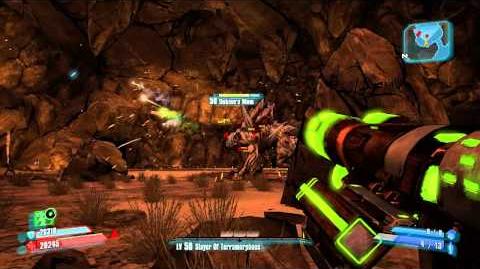