The Meteor Shower is a highly destructive grenade mod. Its multiple series of child grenades allows it to spread explosive destruction over a very large radius, possibly destroying entire mobs of foes with one grenade. In enclosed spaces the Meteor Shower can cause phenomenal amounts of damage within a very small area, instantly shredding nearly anything. 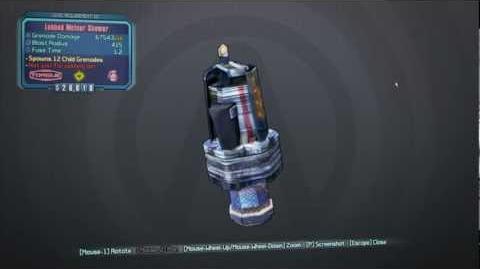