View source
watch 01:16
Who is Maya?
Do you like this video?
Play Sound

Upon disembarking the train and standing on the train platform, Maya is surprised when she spots a bandit named Krieg staring back at her; when he tries calling out to her, Maya believes him to have malevolent intent and begins shooting at him. As this goes on, a swarm of rats begin approaching Maya, who is unaware of the danger. Maya is only saved due to Krieg screaming out a warning and killing a rat with his buzzsaw. She proceeds to help kill most of the rats and as she leaves, Krieg calls out to her once more; this time, Maya forms a slight smile in appreciation for him saving her life.

After the events of Borderlands 2, Maya decided to travel back to Athenas and serve as the planet's protector. Before she left Pandora to return back home to Athenas, Maya is surprised to encounter Krieg once again. Sensing that he was upset and trying to express his disappointment about her leaving him behind on Pandora, Maya comforts Krieg and promises to come back and see him someday.

While on Athenas, Maya is informed about a thief named Ava who tried stealing one of her books in the monastery. Instead of throwing her off a cliff for the crime, Maya took her in as an apprentice. After stopping Maliwan's invasion of Athenas in search for the vault key, Maya and Ava join the Crimson Raiders in the fight against the Calypsos.

At the vault on Promethea, Ava confronts Maya on being left on Sanctuary III while The Rampager was fought. When Tyreen Calypso later takes Ava hostage, Maya puts Troy Calypso in a chokehold to try bartering Ava's life for his; however, none of the people present were aware that Troy could leech off other Sirens (as he had always relied on Tyreen), and thus Maya was promptly disintegrated after Troy leeched her powers. 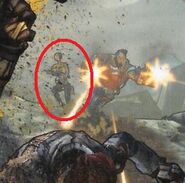 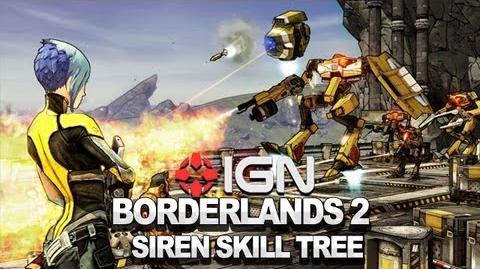