Maroonie's Inheritance is a location-based challenge in Captain Scarlett and Her Pirate's Booty. To perform this challenge in Magnys Lighthouse, it is required to find Maroonie's Secret Stash. It is worth 4 Badass Rank.

"Maroonie's Secret Stash" is the actual name of this particular location, and although discovering it does not affect the storyline in any way, it is important for the Gadabout achievement. The location appears on the map as a small circular blank spot until discovered.

The stash is in a little room on the top of a windmill-like building, located at the north-western edge of the island. The building is the second one on the left after the first New-U Station (not counting the Fast Travel Station at the start), right before the stairs which lead to AM-FM Isle.

To reach the top, the Vault Hunter has to use the railing and the circular vent-like object at the building's northern side, which faces the stairs leading downwards. After jumping on the roof, the room can be easily accessed at the other side of the building from the balcony before it.

The room contains five small lockboxes, ten small safes, and two large safes that can be opened either by shooting or hitting their locks. 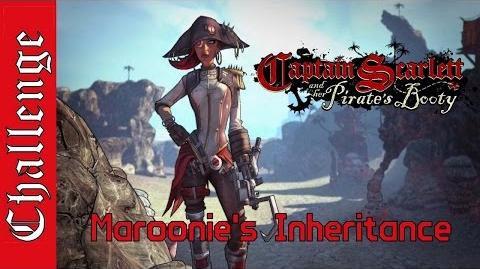