AM-FM Isle is a nearby spire connected to the main land mass by some rail bridges in a state of disrepair. It is the home of DJ Tanner who maintains his pirate radio station from the upper floor of a low tower here.

Magnys Lighthouse, from which the surrounding area takes its name, is a tower constructed by the legendary Captain Blade shortly before his death. It's purpose was to point the way to a vast treasure chamber hidden beneath the sands of Wurmwater, and it could only do this when separate pieces of his compass were assembled and used as a key in its topmost level.

Maroonie's Secret Stash is a hidden room on the upper floor of a windmill. The room can be difficult to access, requiring a leap from a railing and onto a vent in the structure's north wall to reach. Inside are a number of lootable objects containing wads of cash. A nearby pirate chest on the south side is concealed beyond a ramp ducking under the other building there.

The lower part of Spire Town is a tightly packed collection of buildings fronted by some cheap wooden jetties. A few run down sandskiffs lie abandoned around the area. Sand pirates guard the area, presenting strong resistance between the connection to Wurmwater and the rest of the Magnys Lighthouse area.

View of the rock of the Lighthouse 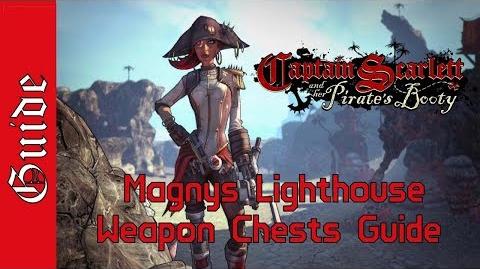 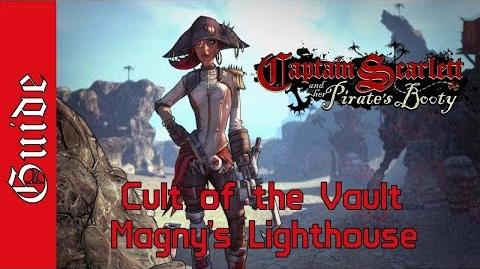