The Maggie's special effect essentially fires six standard pistol shots at once. As such, its damage output will exceed any common Jakobs pistol of the same level.

Due to the pellet spread, the Maggie is best used in close to medium range. When considering its high rate of fire, damage, and the pistol's large ammunition pool, the Maggie can naturally operate as a highly effective shotgun substitute. 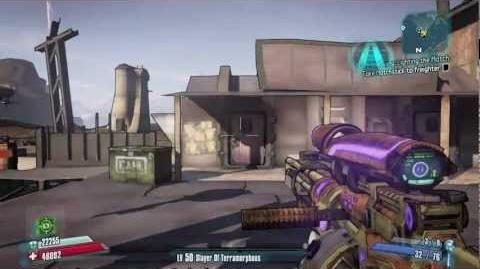 Borderlands 2 - How to Farm Maggie-0
Retrieved from "https://borderlands.fandom.com/wiki/Maggie?oldid=478111"
Community content is available under CC-BY-SA unless otherwise noted.