This article is about the downloadable content pack. For other uses, see Moxxi. 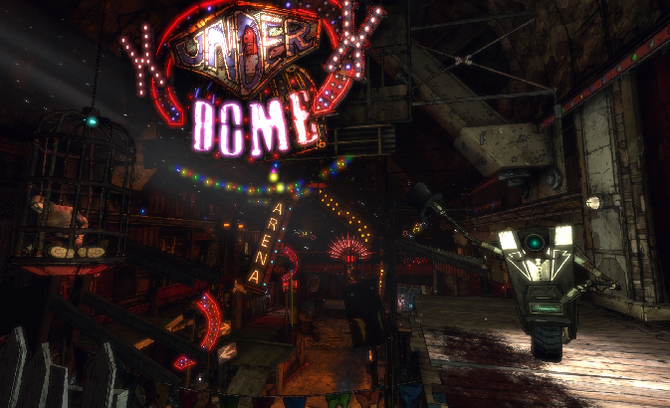 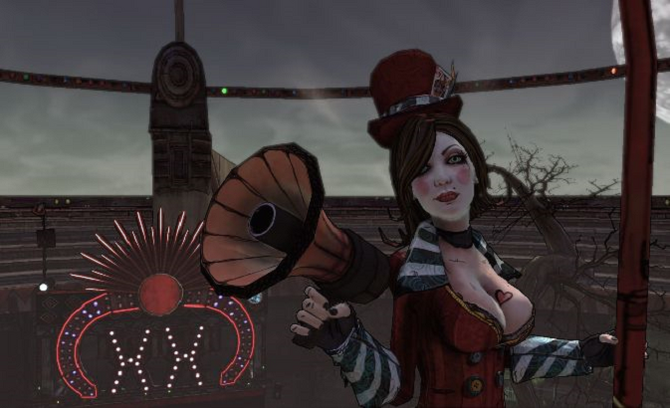 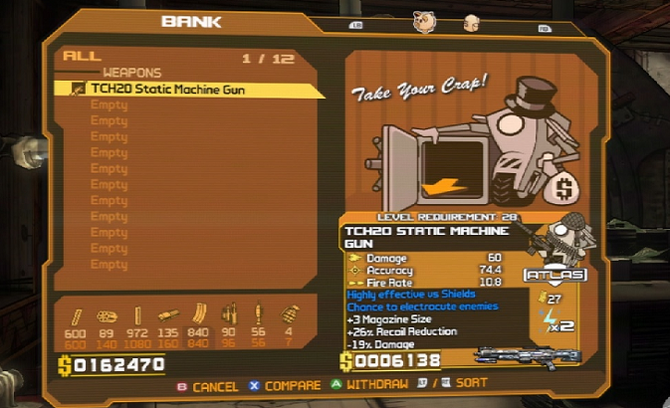 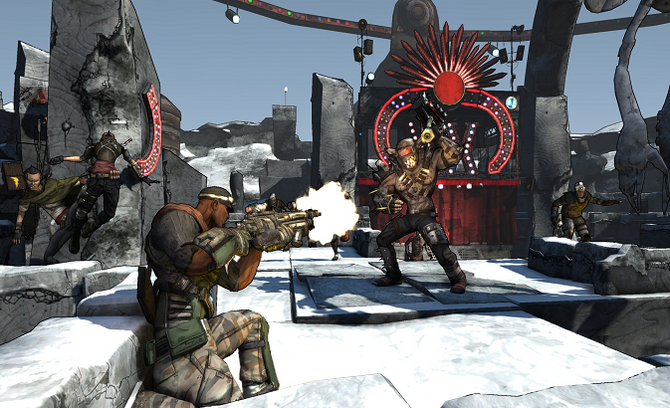 Welcome to The Underdome

Think you got what it takes?

"Are you God's gift to gun fights? Think you're the best? Wanna prove it? Then help us celebrate the grand opening of Marcus Bank (a subsidiary of Marcus Corp) by killing hundreds and hundreds of people in Mad Moxxi's Underdome Riot, the only competitive arena around where your next of kin can be assured that you're coming back famous... or not at all. (All proceeds are kept by us)"[3]

Mad Moxxi is a thrill-seeking woman in search of a new husband. Having gone through three husbands already, her search has led to her becoming the Ring Master/Hostess and Commentator of the Underdome. She equates the excitement and the competition of the Underdome to matrimony and plans to stay only as long as the thrill lasts. Gameplay includes three new Riot Mode arenas where players will fight AI-controlled enemies (PvE) in single player or multiplayer [4]. The add-on starts with the mission titled "Prove Yourself" in which players complete all three arenas. This is the only DLC that doesn't contain a full plot with side missions and multiple plot missions. After successful completion of "Prove Yourself", though, the player is allowed unlimited replays of all content, including the three arenas with 20 5-wave-rounds instead of 5.

The DLC can be accessed in-game by using the Fast Travel system and heading for the starting location of The Underdome. The gameplay consists of rounds and waves. Each round consists of five waves ending with a Boss wave. Every round brings an increased difficulty level. As the round number increases, the number of gameplay-altering rules increases, adding variables such as different gravity levels and modified enemy regeneration, accuracy, damage, etc. If a character is incapacitated and fails to achieve a second wind they will respawn in the Penalty Box on top of Moxxi's tower and the round will be reset. If the player is downed in a multiplayer game, they will respawn in the Penalty Box (from which they can still play an active role by sniping enemies) for the remainder of the wave.

No experience is gained from kills inside the Underdome and consequently weapon proficiencies are not affected, although it is still possible to complete challenges for experience.