Lumber Yard is an area of the Jakobs Cove region, which was added to Borderlands with the first add-on The Zombie Island of Dr. Ned. The area is accessible only after completing the Hitching A Ride main storyline mission. It is the northern most transition point. Lumber Yard is also referred to as "The Mill" or "Jakobs Mill".

The Lumber Yard is the main reason the town of Jakobs Cove was built. Jakobs takes pride in using real wood in the manufacture of its weapons. Having located a source of wood on Pandora, Jakobs Corporation set up operations and built the town, hospital and mill.

A broken down bus. An ammo and med vendor are here, sign on bus above the front windows reads "404 in service". Proceeding past this point will spawn zombies both in the area towards the Supply Store and where the road is blocked.

A weapons vendor is next to the door. Around back is a white weapons chest. Climbing up the slope into the mountains from here will spawn zombies both up the slope, behind the store, and down the road towards the transition to Jakobs Cove.

It is inaccessible past this point until the device is acquired from Jakobs' Claptrap. Activating the drawbridge will cause zombies to spawn some distance away all around bridge's control. At the end of the zombie wave, two separate Tankensteins will spawn.

A walled bridge with a gate on the far end. Crossing the middle of the bridge will trigger the gate at the end to open, spawning zombies while zombies will also spawn from the other end to trap players. 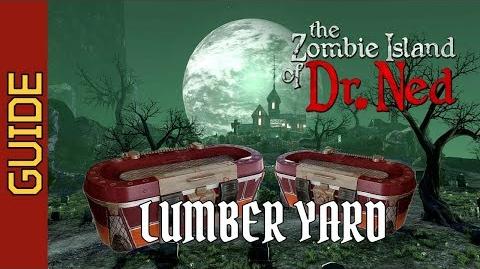