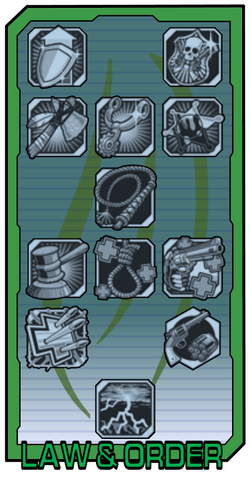 Law & Order is Nisha's first skill tree. This Skill Tree is all about kill or be killed, heal or run away, up close and personal, gaining strength as damage is taken. Her other skill trees are Fan the Hammer and The Riflewoman.

Retrieved from "https://borderlands.fandom.com/wiki/Law_%26_Order?oldid=485674"
Community content is available under CC-BY-SA unless otherwise noted.