Krom's Canyon is located northeast of The Rust Commons East. Krom, bandit leader of the Rust Commons East and West, has established his base here. The canyon area is 'V' shaped. The canyon is currently in its dry cycle. Previously the lower areas of the canyon were flooded as evidenced by the elevated platforms, floating docks and boats.

The Canyon, an evidently natural formation, was likely a regular, unused Canyon before Krom began raising his army of ex-convicts, once the bandits settled here they erected many different structures to house themselves and their weapons, as a result Krom's canyon is filled with structures built entirely of scrap. 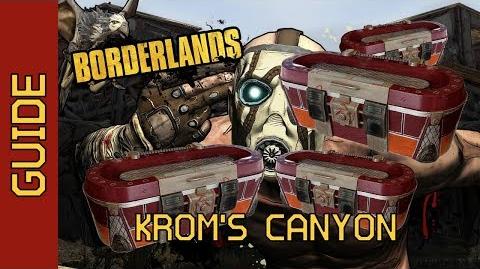