Disable five of Nakayama's animal traps in the swamp.

Professor Nakayama has spread five animal traps around Hunter's Grotto. The challenge is to locate and disable all five. Each one must be triggered manually, and this has the effect of tripping a small, fiery blast and deploying an impenetrable force field. A follow up melee attack disables the trap and deactivates the force field.

The trap locations in the same order they're presented in the video: 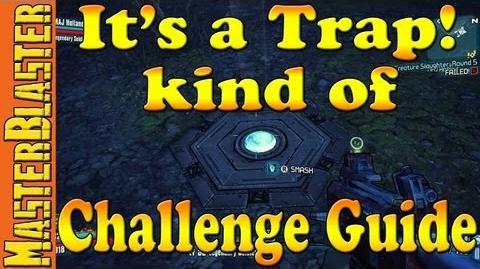 Hunter's Grotto It's a Trap! kind of Challenge Guide - Borderlands 2
Community content is available under CC-BY-SA unless otherwise noted.
Advertisement