Infinite Loop is an optional mission available in Research and Development.

"The hardest decision a vault hunter ever makes... which insane AI personality to shut down in the name of glory and shiny things?"

The Vault Hunters must travel to Automated Weapons Production section of the Research and Development where DAN-TRP and CLAP-9000 are found arguing which weapon should be produced next. Jack requests the Vault Hunters to pick up the restraining bolt from a console located in the far northern corner of the Robotics Durability and Adaptability Research section. Once the restraining bolt is acquired, a choice has to be made:

"No one stands between a Vault Hunter and their loot." 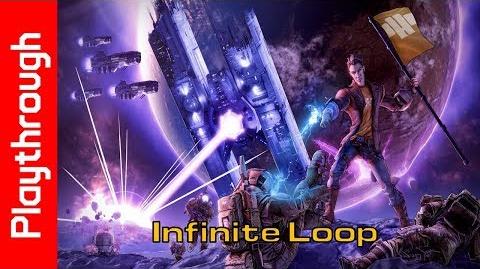