Hyperion Contract #873 is an optional mission in Borderlands 2 that has Hyperion offering a bounty for the extermination of bandits.

"The Hyperion corporation is offering you a unique gun if you kill the requisite number of bandits for them. Though you would be wise not to trust Hyperion, a reward is a reward, and a dead bandit is a dead bandit."

The objective of the mission is to fill the quota of bandit kills, 100 in total with bonuses achieved for every 25 of a given element type. The mission is complete once 100 are killed, and will forfeit any incomplete bonus objectives.

Some major areas in the game have a high concentration of bandits, and are ideal locations for completing the main objective. These include Bloodshot Stronghold, Southpaw Steam & Power, Lynchwood, Frostburn Canyon, and The Fridge.

All bandit deaths are recorded on the main counter. This includes any bandit killed by other enemy types and deaths from various other sources such as explosive barrels. Despite the optional objectives saying "weapons", the source of the damage does not matter. A bandit killed by a shock barrel will count as a shock kill, and so on.

Destroying Bandit Technicals or Buzzards must be avoided if the optional objectives are pursued. Destroying a vehicle will only credit the objective summary with one kill towards the appropriate optional objective if a qualifying weapon is used, but a total of up to four kills will be added to the main kill counter.

Bandits that get run over by the Lynchwood train count as explosive kills.  Since such kills are hard to avoid, it might be advisable to leave a few explosive kills at the end.

Alternatively, to complete this mission quickly, the Southern Shelf is ideal as the whole area contains almost enough bandits to get the 100 kills.

To complete all four optional objectives, there is an easy and reliable, albeit slightly long-winded way to accomplish this. The small bandit camp in Three Horns - Divide next to the Sanctuary Hole map connection will always have exactly five bandits. Aside from a Stinging Cactus some distance to the south, there are no other hazards that could pose a problem. As there are only five bandits, the camp has to be visited 20 times.

Also, a good idea when pursuing the optional objectives is to kill bandits with various element types at the same time so that the optional counters go up more or less at the same rate, instead of focusing on one single type until the corresponding objective is completed. This way there is less risk of accidentally killing a bandit with the wrong element.

"Enjoy the Hyperion ex-KCD experimental weapon. Custom designed for a murderer like yourself." 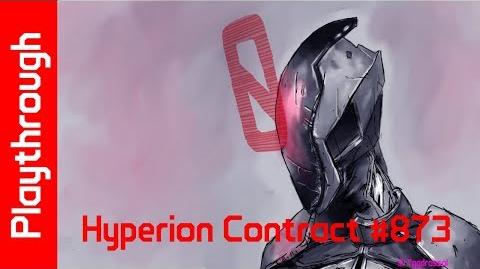