Hunting the Firehawk is a story mission in Borderlands 2 given by Roland's Echo Recorder. The mission is performed, starting at Sanctuary and continuing in Three Horns - Divide and Frostburn Canyon locations.

"In order to defeat Jack, you will need to find a soldier named Roland. If you search Roland's safe, maybe you can find out where hes disappeared to."

After accepting the mission, the path to Frostburn Canyon will be highlighted. Access to the Canyon is in Three Horns - Divide and protected by the outpost of the gang of Children of the Firehawk; its garrison is made up of several bandits and a pair of nomads with flamethrowers. Once in Frostburn Canyon, the objective is to follow seven signs (Psychos pinned to a post pointing in a certain direction) until arriving at the Lair of the Firehawk.

The path with the seven signs winds through the Frostburn Canyon map, first traveling through some bandit-infested trails and a large camp with lots of burning psychos and the regular assortment of other bandit types. The path continues through a series of caves and trails filled with bandits and spiderants.

Not all seven signs need to be followed. If a player takes the route opposite to the first objective when arriving in Frostburn Canyon and instead heads through the areas with the spiderants, the third sign will be reached without having seen the first two. The objectives to find the first second and third signs will all simultaneously complete.

After the sixth sign there will be one badass psycho followed by another that come out of the cave. In that final stretch of cave a number of pipes protruding from the walls and ceilings prove to be booby traps that shoot jets of flame. These can be avoided by stepping around the fringe of the flame jet, or by waiting for the flame to subside.

Upon arrival at the Firehawk's Lair, it becomes apparent that Lilith is the Firehawk. She then immediately comes under attack from bandits and requests assistance fighting off several waves of bandits, consisting of psychos, crazed marauders and badass psychos. The bandits pour in from the adjoining platforms and attempt to converge on the central platform while Lilith uses her phase blasts to combat them. Lilith's phase blasts do not do much damage, though they do distract the bandits.

Following the fight, Lilith attempts to teleport the Vault Hunters to Bloodshot Stronghold, but only manages a short range jump within her lair, at which point she changes her plan and returns to Sanctuary.

"Lilith, alias "the Firehawk," has informed you that Roland was kidnapped by the same clan of bandits that invaded her lair. You'll have to rescue him."

Turn In: The Firehawk 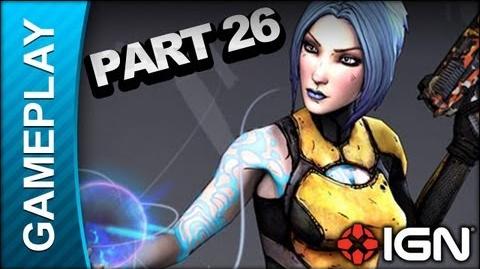 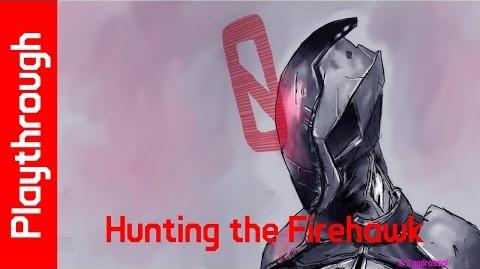 Hunting the Firehawk
Retrieved from "https://borderlands.fandom.com/wiki/Hunting_the_Firehawk?oldid=432527"
Community content is available under CC-BY-SA unless otherwise noted.