Optional Mission
Home Movies is an optional mission in Borderlands 2.

Lilith wants the Hyperion propaganda videos in Opportunity replaced. The first three objectives can be completed in any order.

The surveyor lures are on top of a building near the starting point. Once these are retrieved, the next objective is to tag a set of Handsome Jack cardboard cutouts with the lures. This will summon surveyors that will then destroy the displays.

The lunar supply beacon is inside one of the crates at the Orbital Delivery Zone. When this is retrieved it must be taken to the end of the causeway beyond the Waterfront District where an incomplete structure is being constructed across the water, and placed near the crane. The resulting supply drop will destroy the crane, completing the objective.

Once these objectives are complete, Lilith ECHOs a transmission to head to the Co-Opportunity Center. The objective is on the lower levels of Opportunity, and guarded by Hyperion Snipers. With the snipers out of the way the video is then uploaded into the system, completing the mission.

"You've convinced the rest of the universe that Jack's big, shiny city is actually a big, shiny deathtrap. You also touched Moxxi's camera, which means you should probably wash your hands. With acid." 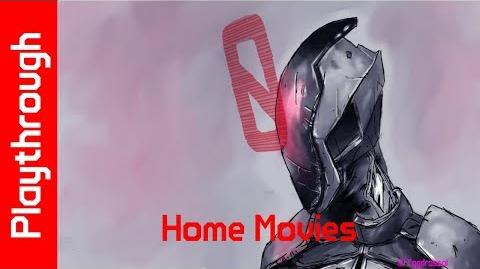