Home Delivery is an optional mission in Borderlands: The Pre-Sequel.

Help Sir Hammerlock smuggle some creatures down to Pandora.

"This is one of those situations where nothing bad can possibly come from it." 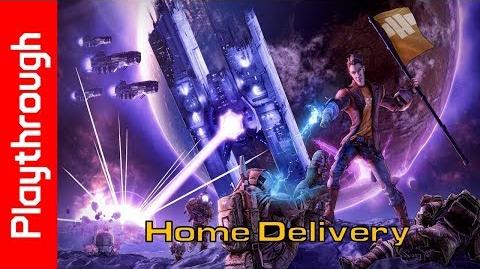