Hell Hath No Fury is an optional mission in Borderlands 2 given by Mad Moxxi.

Mad Moxxi wants revenge against Handsome Jack for various past grievances. Jack destroyed Moxxi's Underdome several years ago, and is now building a replacement in Opportunity, so Moxxi wants to ensure that the project will never finish.

Initially, Moxxi just wants the foreman of the construction project eliminated to disrupt the project. He is a tough engineer who is able to deploy a turret when he gets into range. When the foreman is killed he drops a supply key which leads to a series of supplementary objectives.

The key unlocks a supply crate in The Pits that when searched is found to contain some explosives. Moxxi then requests that these be placed on a construction site floodwall to destroy the wall and flood much of the construction site.

"With the foreman dead and the construction yard flooded, Moxxi's thirst for vengeance has been sated. For now." 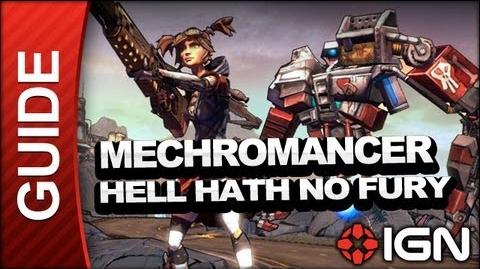 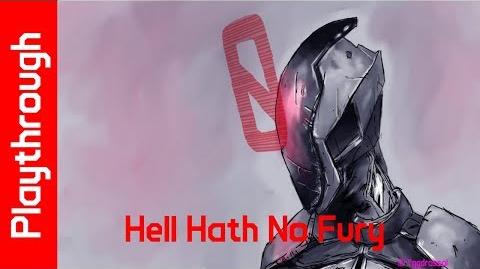