Phaselocking an enemy causes a fiery explosion, damaging all nearby enemies.

Helios is a tier 2 skill in Maya's Cataclysm skill tree. When Maya Phaselocks an enemy, a burst of fire will damage and ignite everything nearby.

Can only be leveled past 5 with Binder, Fox, Witch, and Legendary Binder class mods. 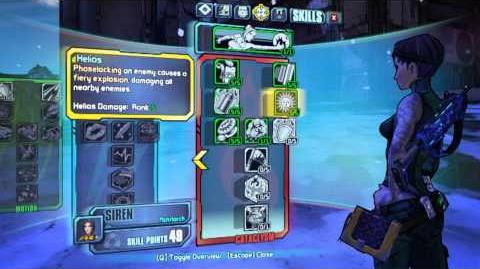