Gwen's Head is a unique pistol manufactured by Dahl. Gwen's Head respawns each time The Dust is entered and can be obtained from a box found in one of five fixed locations. See below for Drop Guide.

Thinking outside the box. – Fires a 7-round burst when zoomed. +37.5% multiplicative critical hit damage bonus. Increased base damage and magazine size.

However, there is a third, hidden aspect to Gwen's Head which is not immediately apparent: Its 37.5% bonus to critical hits is the same kind of bonus that most Jakobs guns enjoy, and will multiply other critical hit bonuses from other sources (such as from character skills or Badass Rank) instead of simply adding to them. This makes the Gwen's Head a good choice for characters with any sort of skills or equipment providing an increase to critical hits, as they will all have increased efficiency.

The pistol's combination of bonuses make the Gwen's Head a good gun for crowd control and a formidable weapon of choice against bosses and huge enemies with easy-to-hit critical hit areas.

This weapon can only be found in a cardboard box that spawns in random locations throughout The Dust. A box containing the gun will always spawn upon entering The Dust in one of the following five locations: 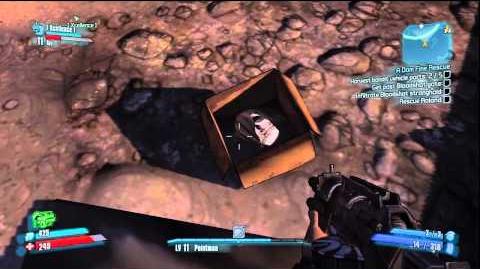 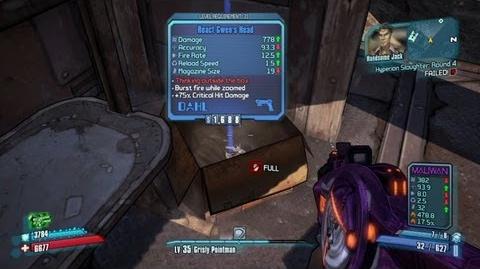 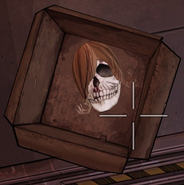 Gwen's Head found in a box at the Lynchwood Train Station.

Retrieved from "https://borderlands.fandom.com/wiki/Gwen%27s_Head?oldid=404980"
Community content is available under CC-BY-SA unless otherwise noted.