Guardian Hunter is an optional mission in Borderlands: The Pre-Sequel.

A new Wraith will always spawn after one has been killed.

The Monster Trap expends no grenades when thrown, and therefore the traps can be thrown frequently to ensure a high chance of capturing the guardians.

The end of the mission requires a choice, the results of which are described below. Attacking the poacher will cause a few additional Scavs to arrive. 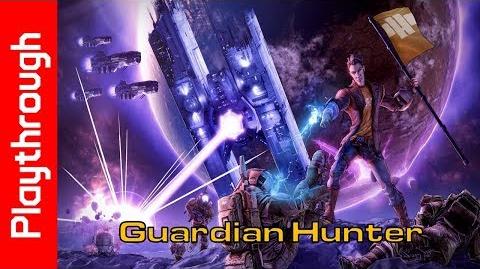