Free Enterprise is Jack's third skill tree out of three. This tree relies on swapping between weapon slots mid-combat for maximum effectiveness, with an emphasis on increasing fire rate and granting free shots. Also introduces Money Is Power, which improves Jack's damage as he collects money pickups. His other skill trees are The Hero of This Story and Greater Good. 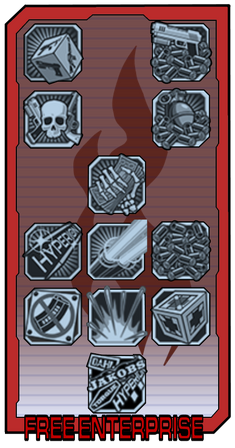 Retrieved from "https://borderlands.fandom.com/wiki/Free_Enterprise?oldid=425521"
Community content is available under CC-BY-SA unless otherwise noted.