Fink's Slaughterhouse is an area in Borderlands 2 only accessible from The Fridge. The slaughterhouse forms a natural arena with a concrete mezzanine on one side and a central raised control station used to trigger the combats held there. Machinery in the walls can produce huge blocks of ice and pour constant streams of molten metal. The arena is run by Fink and serves to conduct his missions.

Bandits generally enter from two gates at far ends of the wall bordering the mezzanine or from the blocks of ice deposited into the arena. Several Airborne Marauders fly in on buzzards in later rounds of the battle. 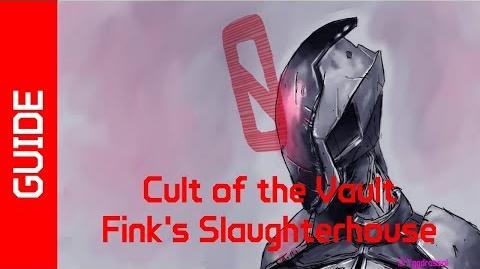