This mission starts with the Vault Hunters following Claptrap's Consciousness towards Cluster 00773 P4ND0R4, stored in Memory Bank 2, where the H-Source can be found. To reach the Memory Bank, the Vault Hunters must pass through a security area and be scanned. Unfortunately, the system doesn't recognize the Vault Hunters as being legitimate users, and dumps them into the Recycle Bin.

Once there, the system activates Deletion Fields which sweep the room in predefined patterns, destroying any debris they encounter and dealing massive amounts of shock damage to any Vault Hunter touched by the fields. The Vault Hunters eventually discover that they can disable the fields by destroying power nodes around the room, and Handsome Jack helps by uncovering more until the fields are completely shut down. Once clear, the way to Motherlessboard is open.

Once in Motherlessboard, the Vault Hunters start taking a Data Stream over to Memory Bank 2 but are locked out upon reaching a security checkpoint. They fight their way through various Insecurity forces, aided by Clapdogs, and eventually re-enable the Data Streams. Further in the level, they encounter a new kind of enemy, viruses. Fighting past those, and further Insecurity forces, the Vault Hunters finally make their way to Cluster 00773 P4ND0R4.

Once there, they dial up Claptrap's memories of Pandora (after a few false starts), and encounter more new enemies, digitized and glitched versions of bandits such as B4nD1Ts and P5YCH0s. They arrive at a bridge which is supposed to take them to the H-Source but find it broken. Digitized versions of Dr. Zed, Patricia Tannis, and Lilith appear to guide the Vault Hunters to the broken pieces, which must be picked up to reassemble the bridge.

In each case, the broken bridge components are encrusted with Bad Memories which must be destroyed by simple gunfire before collecting the part. The first bridge part is out in the open and easily accessible. The second is suspended in midair, stuck in a patch of corrupted memory. Jack edits Claptrap's code to move a digging machine close to the bridge, and the Vault Hunters have to track down a spare battery to get the machine to free the bridge. The final bridge piece is in an area called "B4D S3CT0R" which is airless and torn-apart.

Upon returning back to the main area of the map, the bridge reassembles itself and the Vault Hunters make their way to a recreation of the Destroyer dig site, with a Hyperion crane extracting the eye for future use. Tassiter has managed to weaponize Claptrap's memories in the area, though, and Tassitron Units engage the Vault Hunters in combat. After dispatching them, the H-Source is finally revealed, but as it's downloading, a Tassiter Proxy program intervenes and sends the H-Source into Quarantine.

The Vault Hunters head back to The Nexus and attempt to open Quarantine with Claptrap's Consciousness's help, which triggers a wave of Insecurity forces. Jack instructs the Vault Hunters to retrieve a disabled Bug from the trash heap, and reprograms it to be a Jailbreak bug, which then must be defended from further Insecurity forces while it attempts to break Quarantine open. A Badass WH33L-TP unit will be encountered during this battle. When the first version of Jailbreak fails, Jack upgrades it to Jailbreak 2.0, which triggers yet more Insecurity forces, including Fire/Wall units.

Once the final forces are defeated, 5H4D0W-TP makes an appearance and says that the only way to break Quarantine open is with an Override key. The Vault Hunters turn in the mission to 5H4D0W-TP, striking up an uneasy bargain.

"You've chased the H-Source all over Claptrap's brain, only to have it end up back in Quarantine. At least you know where it is, right?" 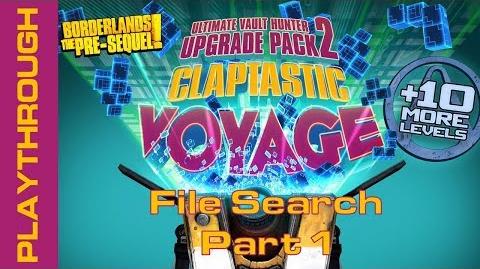 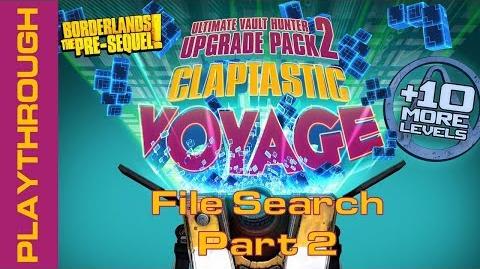