Entirely Metal Outerwear is a location-based challenge in Borderlands: The Pre-Sequel. To perform this challenge in Vorago Solitude, six Dahl ECHO recorders must be found. It is worth 10 Badass Rank. 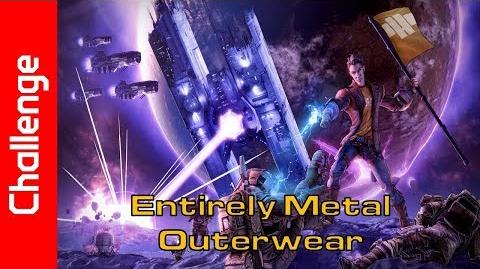 Retrieved from "https://borderlands.fandom.com/wiki/Entirely_Metal_Outerwear?oldid=470653"
Community content is available under CC-BY-SA unless otherwise noted.