Don't Shoot the Messenger is an optional mission in Borderlands: The Pre-Sequel is picked up from an ECHO recorder in Tycho's Ribs. It becomes available after Eye to Eye is complete.

"Message has been received loud and clear." 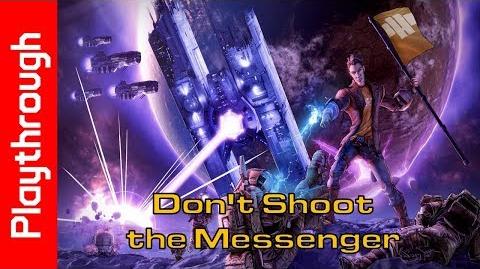 Don't Shoot the Messenger
Retrieved from "https://borderlands.fandom.com/wiki/Don%27t_Shoot_the_Messenger?oldid=438077"
Community content is available under CC-BY-SA unless otherwise noted.