Demon Hunter is an optional mission in Borderlands 2 set in Lynchwood. It takes place in the Old Mine located in the centre of the map. This mission is unlocked by completing Animal Rescue: Shelter, but will only become available after Where Angels Fear to Tread (Part 2) has been completed.

"There are reports of a demon murdering the townsfolk of Lynchwood. You have been hired to destroy it."

The mission begins at the Sanctuary Bounty Board with an ECHO recording of a bandit who has been murdered by Dukino's mother, and immediately leads to The Old Mine in Lynchwood. Heading back down the elevator into the mine where Dukino has found a new home, players discover a colossal skag now dominating the area.

Dukino's Mom has three main attacks: a leap that will generate a large shockwave, her laser beam, and electrical orbs flying in an arc pattern from her mouth. Her energy beam sweeps quickly and can switch to different targets instantly. Her mouth is an open critical hit location while she is charging up this attack. She can also destroy the rock columns that provide cover in the arena, making it more difficult to take time to heal or revive crippled characters.

At certain points in the fight, bandits will appear and attack the giant skag. These serve as a distraction for Dukino's Mom and as a potential source of easy kills for a Second Wind.

As Dukino's Mom is an armored skag, powerful corrosive weapons are extremely helpful in this fight. Failing this, explosive weapons or rocket launchers may have to be used, although some rockets will simply bounce off her hide.

Cover is limited in The Old Mine. While hiding behind the elevator switch is possible, the narrow profile leaves characters exposed to the arching shock attacks. The rock formations provide cover from the skag and the bandits, although Dukino's Mom can remove them from play by obliterating them with physical attacks.

The safest (though slowest) strategy is to trigger the elevator and immediately jump off, shooting down the shaft whenever Dukino's Mom comes within view. Only her electrical attack will damage a character from this position, and it can be more easily avoided or recovered from.

"You killed the Demon of Lynchwood and claimed your reward." 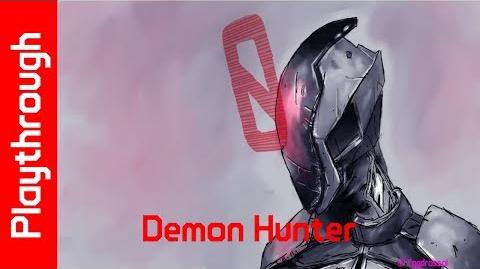