The Cyclone is a vehicle introduced in Borderlands 3. It is a light, fast vehicle that is operated by a single rider in a seated position inside a single large unicycle wheel. Cyclones rely on their speed and agility to avoid taking damage and are armed with a pair of cannons that can swivel through a full 360 degrees. Cyclones are unlocked during the story mission Hostile Takeover.

The Cyclone has the weakest armor of all player-controlled vehicles; compared to an Outrunner with no armor, the Cyclone has 85% as much hit points with stripped armor and 125% with heavy armor.

Different wheels add special driving characteristics, sometimes at the cost of acceleration. Top speed is equal for all wheels at roughly 80 mph on level ground.

Apart from the regular Cyclone, characters may run across other variants of this vehicle, differing in armor, armamanent and special equipment.

Depending on who drives them, they recive appropriate (COV, Maliwan or Dark Maliwan) prefix. Cyclones digistructed by the characters are always labeled as Cyclone regardless what armor, armamanent or special equipment might be selected. 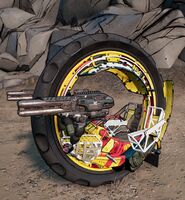 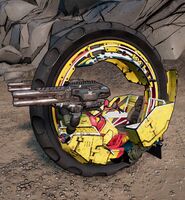 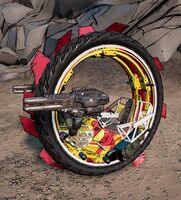 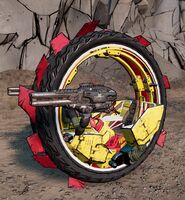 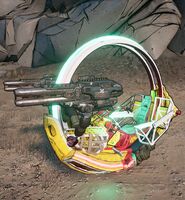 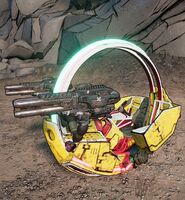 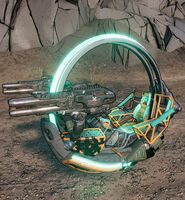 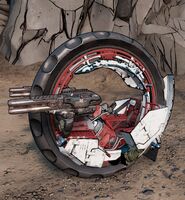 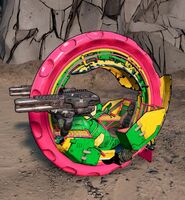 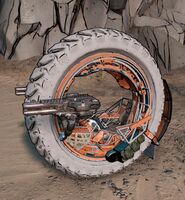 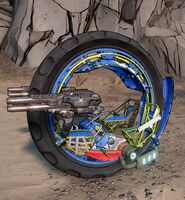