Cunning is Zer0's second skill tree, of three. The Cunning tree focuses on improving Decepti0n, and abilities that benefit both ranged and melee combat. His other skill trees are Bloodshed and Sniping. 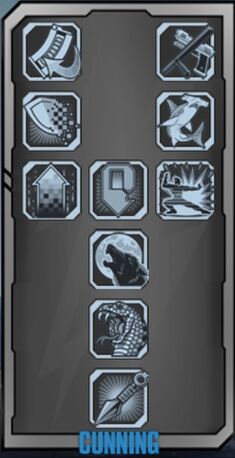 Retrieved from "https://borderlands.fandom.com/wiki/Cunning?oldid=441173"
Community content is available under CC-BY-SA unless otherwise noted.