Critical Fail is a side mission given by Moxxi in Flamerock Refuge. The mission takes place in the Immortal Woods and The Forest.

When the mission is accepted, Moxxi speaks of a gun that she left in the woods that is now free to anyone who cares to claim it. When the gun's location in the Immortal Woods is finally reached however, the attempt to pick it up fails and the gun flies away to a new location. This requires further trekking through the Immortal Woods, and when the gun is picked up again the character picking it up is hit with lethal damage and requires a revive.

The third attempt to retrieve the gun is in the Forest of Being Eaten Alive by Trees, where the gun turns into Arguk the Butcher. Arguk is a tough orc with two colossal swords. He has a powerful knockback attack that can be perilous close to the cliff edge where he spawns, but otherwise he is simply a tough and hard-hitting melee fighter. A pixie also spawns in the same area, and can provide valuable assistance in the fight against Arguk if caught.

Once Arguk is defeated, the gun remains in place for the mission to be turned in. 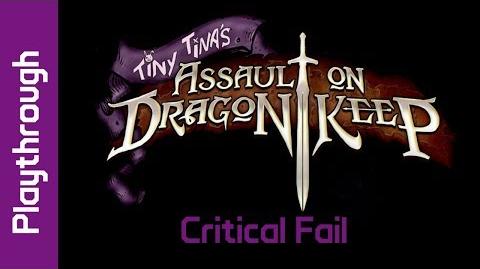