Cluster 99002 0V3RL00K is a location in Claptastic Voyage. The location is a representation of a section of Claptrap's memory - specifically, the town of Overlook. Initially. the area has been corrupted to make it seem like the citizens of Overlook love Claptrap, whereas in reality he inadvertently destroyed the town. Under the instructions of 5H4D0W-TP, the Vault Hunters restore the memory to its true state.

The level features a couple of ECHO Recorders by Harold Tassiter detailing his plans for hiding data inside Claptrap. These recordings do not count for any challenge, achievement, or mission -- they are merely present for background flavor.

This is where the Vault Hunters first enter the level, and where the level's Fast Travel station is located. An exit back to Motherlessboard is here as well. Claptrap's Consciousness can be found in here. Like in Recall Handler Alpha in Cluster 00773 P4ND0R4, a control panel must be activated when first visiting the level to open up the rest.

This is Claptrap's memory of the town of Overlook. Initially it has been modified by Claptrap to make it appear as though the town is celebrating Claptrap's existence, but that fantasy is torn down over the course of the story mission The Psychology of a Claptrap.

Initially, this area is devoid of enemies, but eventually Bugs, Glitches, Insecurity, and Software B4nD1Ts will spawn.

Gubbins Shack is found on a floating island north of 99002 0V3RL00K, and is where the Vault Hunters pick up the "fireworks" during The Psychology of a Claptrap, after fighting through the resident Glitches. This is also where Denial Extension tentacles are first encountered, and where the first encounter with Teh Earworm is, during the mission You Can Stop the Music.

This is a memory of The Holy Spirits, from when it was still a church instead of a bar. The area is protected by Insecurity forces.

This small area has a traintrack running through it, and serves as the focal point of the side mission 5UP4-3G0-TP. Along the southeastern corner of the floating island are a series of disconnected rocks. At the end of the third one is a glitched chest which will always contain the /He4rtf;ull Spl0Dge..r. The middle rock in particular has a very low overhang, making it easy to misjudge a jump and fall, so care should be taken while jumping.

Once 99002 0V3RL00K has been restored to its true state, Denial Subroutine will retreat to this area, carrying an objective which the Vault Hunters need to proceed. The area is accessible by stepping through a warp-like tear in the town of Overlook. It is airless, and Denial Subroutine must be destroyed to retrieve the item.

Many of the ammo chests in the area are bugged such that their contents cannot be picked up, but the main red glitched chest near the primary Glitch spawnpoint does work properly. 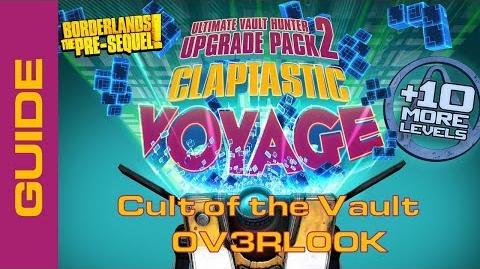 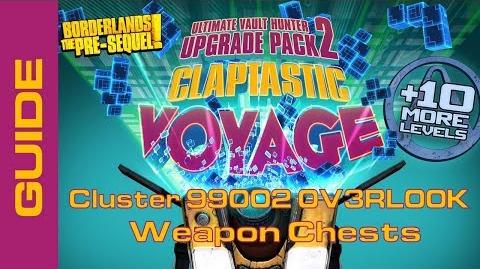