Claptrap's Secret Stash is an optional mission offered by Claptrap. Completing it unlocks access to the secret stash.

Claptrap wants to offer a reward for helping him reach Sanctuary, but first he has a few requests. He will announce five ridiculous objectives, all of which can be disregarded. Once he's done talking, the reward reveals itself across the alley from him.

"Claptrap's incompetence granted you access to his secret stash considerably earlier than expected." 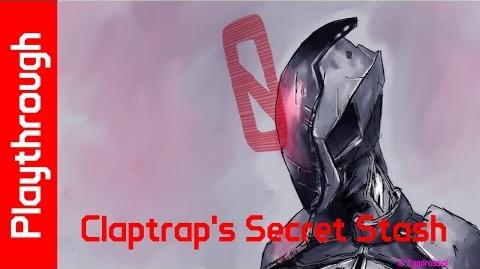