Claptrap's Birthday Bash! is an optional mission in Borderlands 2 given by Claptrap.

Claptrap first rolled off the assembly line 7 years ago! And he wants to celebrate by having a birthday party.

Deliver the three invitations then turn on the boom box to start the party. The timer will begin to count down from 2:10. Eat some pizza, blow the party favor, and enjoy the party!

"You went to Claptrap's birthday party. It got pretty awkward." 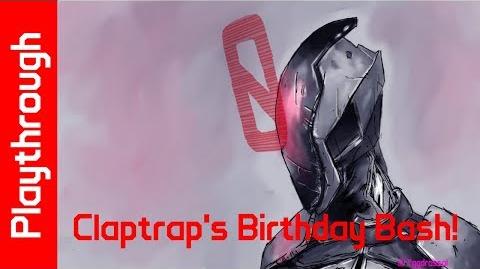