"The Zaford clan is holding their annual wake for Lucky Zaford, who was killed by Scooter (an ex-Hodunk) several years ago. Jimbo and Tector Hodunk want you to get drunk, crash the wake, and kill everyone inside."

The first step to gaining entry to the wake is to get heavily intoxicated. To this end Moxxi will sell three drinks at $5 each, before announcing that those three are enough. Once a character is intoxicated, the bouncer at The Holy Spirits will permit entry at the door.

The preacher in The Holy Spirits will deliver a short eulogy about Lucky, but otherwise the occupants of the bar will do nothing more than wander around the tap room until attacked - the mezzanine remains empty. Once fired upon, they become hostile and counterattack. Vault Hunters can crash the wake with any attack, not just guns – grenades and rocket launchers will also do the job.

"The clan war has officially reached a boiling point. A big fight is coming, and only one family will emerge victorious." 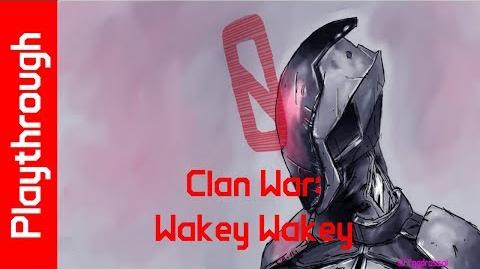