Clan War: Starting the War is an optional mission in Borderlands 2. The Vault Hunters are led to instigate a conflict between the redneck Hodunks and the Irish Zafords which will eventually leave only one clan standing.

Ellie has a mission to pit the Hodunks and Zafords against each other. The idea is to pick up some explosives from her garage, and emblems from each clan from some derelict vehicles out the back, then use these to destroy an icon of each clan and frame the other.

The first is at the Hodunk Speedway, where the Zaford emblem is left behind as evidence. The second is the distillery at Overlook, where the Hodunk emblem is left behind to draw the ire of the Zafords. There is little resistance to contend with - merely a few minor encounters near the speedway that are easily eliminated with vehicular weapons, or ignored altogether. Moving between the areas can be done via the zone connections, or by ignoring the objective markers at the connections and using the Fast Travel at Ellie's Garage instead.

Once the distillery is destroyed, Mick Zaford puts out a call for all mercenaries to meet him in the nearby pub The Holy Spirits.

"You've sparked a war between the Zafords and the Hodunks. Only one question remains: Who will you side with in the end?" 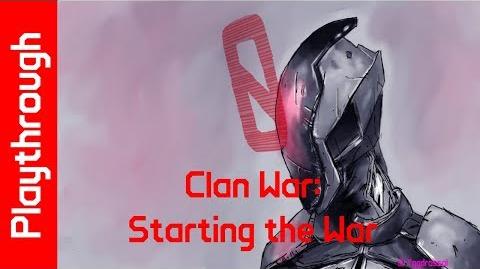