NPC (Tales from the Borderlands)

Dr. Cassius Leclemaine is an ex-Atlas scientist who once headed the Atlas Bio Dome facility.

Cassius conducted research surrounding the spores that naturally occurred in Pandora's atmosphere as Colonel Hector directed him to create a gas that would cover Pandora with mutated plant growth. Realizing later what his work was used for, Cassius helped the Vault Hunters develop an antidote for the infection. When Mordecai's blood sample is contaminated and can't be used to make the antidote, Cassius reveals himself to be horribly infected and asks to be killed so that a suitable blood sample can be obtained for the antidote.

Main article: The Cost of Progress 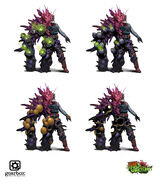 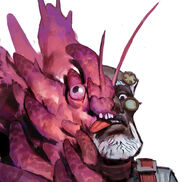