Hangin' around with you is no picnic. – Increased damage. Reduced child grenade count.

Curse of the Cackling Designer! – Child grenades are ejected towards the wielder.

Upon detonation, the child grenades launch out in a tight delta pattern back in the direction of the character that threw the grenade. At face value, this effect has limited usefulness, although for characters that are frequently positioned in the midst of a conflict, it can be a handy means of peppering the near vicinity with an area damage source, especially when the character is low on life enough to gamble on a Second Wind.

Axton's Do or Die allows him to throw grenades close to him if surrounded by enemies, enabling the cursed effect to destroy his attackers and recover with a second wind.

There is also the option of simply running up to an enemy, tossing the grenade in a random direction, and sprinting away. 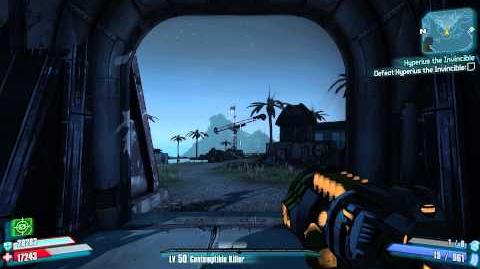