Bright Lights, Flying City is a story mission in Borderlands 2 given by Angel. The mission is performed, starting at Three Horns - Valley and continuing in The Fridge, The Highlands - Outwash and The Highlands locations.

"Sanctuary has disappeared. The Guardian Angel has asked you to head through The Fridge. If you can survive its horrors, the Angel says, you will be able to link up with Sanctuary on the other side."

With Sanctuary having vanished after the events of Rising Action, Angel contacts the Vault Hunters and expresses regret for her actions. She goes on to explain that Sanctuary has relocated some distance away and in order to reach it, the Vault Hunters will have to access a particular Fast Travel terminal closer to its current location, and then urges them to enter The Fridge.

Progress through the Fridge is not easy as the place is heavily populated with a thieving and cannibalistic bandit group known as the rats. They may not be the most sophisticated of Pandora's human dangers, but they make up for their moderate technology with tenacity and viciousness. The Rats have many fast-moving units, some of whom will stop to pick up loot drops that might otherwise be a much-needed source of supply.

Emerging into The Highlands - Outwash, the Vault Hunters are hit with a new problem: Sanctuary is no longer on the Fast Travel network, and this means an increasing series of objectives as each new destination becomes a momentary stop and a discovery of yet another objective.

Continuing through the area, the Vault Hunters reach a Hyperion-operated dam teeming with loaders and combat engineers. Upon reaching the main bridge, an EXP loader will attempt to block the crossing by destroying the bridge controls, if it is not destroyed before it can do this, then the river crossing must be done in an empty container.

Once on the other side, and through a gate, the next objective is to procure a lunar supply beacon, although this plan is deferred when a giant thresher appears and swallows the device. The Gluttonous Thresher is unusual for threshers as it generates a powerful shield. It otherwise behaves similarly to other threshers, burrowing underground to reach targets, and has the same critical hit zones at the eyes.

The fight is made even more chaotic thanks to the presence of Hyperion forces within range. The three-way struggle can be controlled somewhat by using the Hyperion units as a distraction, while the thresher is targeted frequently in order to prevent it from regenerating its shield. Nearby buildings are also available for limited cover. As the buildings and large crates in the vicinity do not provide adequate cover from the thresher's close-range attacks, a retreat to safer ground may be appropriate for some characters. If lured back to the bridge, the thresher will only advance so far and will be limited to its spike attack.

Once the thresher is dead and the lunar supply beacon recovered, the next phase is to reach a friendly settlement called Overlook, where the beacon can be safely deployed.

Again the situation changes when waves of loaders are dispatched to interrupt the beacon's deployment. Initially, a wave of basic loaders will march on the beacon in an attempt to destroy it, and then this is followed by heavier units in a second wave. A constructor is then deployed in a third phase of the attack. Each time the beacon is damaged to the point of failure it must be interacted with to repair it and resume the timer. The Hyperion forces are as much focused on the beacon as they are on the Vault Hunters, and will march on it incessantly, only pausing to engage in combat when coming under heavy fire.

Character-controlled vehicles positioned at the bottom of the slope have a clear line of fire up the main street, almost to the beacon. With multiple characters, the beacon can be defended with a constant barrage of vehicular weapons and even solo characters can benefit immensely from periodically mounting a vehicle to decimate waves of loaders marching up to the beacon.

By the time the loaders are destroyed, Jack is still denying the requisition order. Angel responds by cutting off the Hyperion satellite's life support. Fast Travel access is hastily arranged, putting Sanctuary back on the network. With that done, the Vault Hunters can return to Sanctuary.

"You've linked back up with Sanctuary, but you and the other members of the resistance still have no plan, no leverage, and no obvious way of stopping Handsome Jack.
Hey, it's all uphill from here, right?" 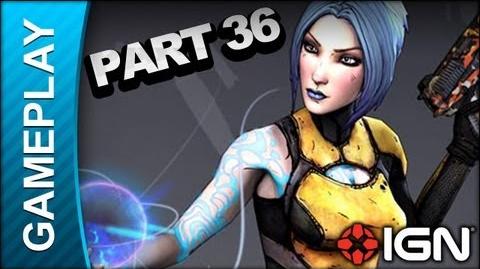 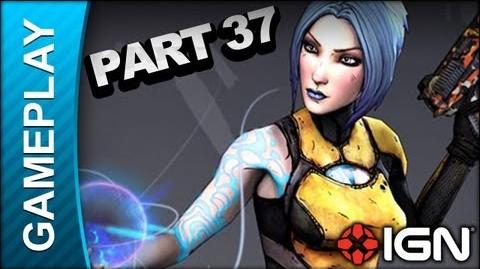 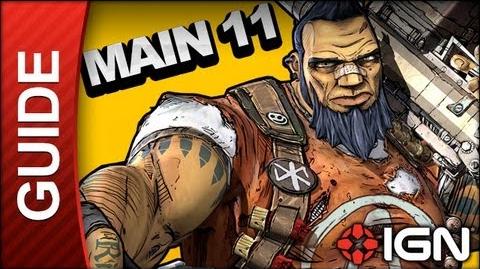 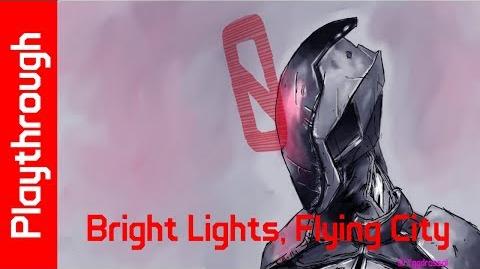