Borderlands 3 is the fourth main and fifth overall entry in Gearbox Software's Borderlands game series. It was announced by Randy Pitchford, Gearbox's CEO on March 28th, 2019 and released on September 13th, 2019 for Xbox One, PlayStation 4 and PC on the Epic Games Store. The game later released for Google Stadia on December 17th, 2019, and was released on Steam for PC on March 13th, 2020. [1]Borderlands 3 is built on Unreal Engine 4.

Borderlands 3 takes place approximately seven years after the events of Borderlands 2 and six years after the events of Tales from the Borderlands. Borderlands 3 begins with four new Vault Hunters - Amara the Siren, FL4K the Beastmaster, Moze the Gunner, and Zane the Operative. They join Lilith's Crimson Raiders as new recruits sent to investigate the Children of the Vault cult and their mysterious leaders, the Calypso twins, Tyreen and Troy, who are believed to be in possession of the long lost Vault Map. Upon reclaiming the Vault Map, The Crimson Raiders and allies board the Sanctuary III spacecraft to journey beyond Pandora to other planets throughout the galaxy to claim the Vaults they hold before the Calypsos can steal their power for themselves.

At the PAX South 2015 convention, Gearbox stated that the game was in development and had been since sometime in 2015, with the company hiring multiple developers.

At the 2017 GDC, Gearbox Software showed off the first footage of Borderlands 3 in the form of an Unreal Engine 4 tech demo. The game will sport higher definition visuals than all previous entries, due to being the first game natively tailored for eighth generation consoles. New additions include greater dynamic lighting, capable of passing and diluting through fabric, as well as real-time shadows that can also interact with fabric in a similar way. Also added is a revamped outline engine that is capable of fitting smaller outlines around inner details of the game's 3D models, as opposed to the previous games, which only placed outlines on the outer edges of the game's geometry. Lastly, the tech demo also had a confirmed female character who may play a large part in the game, either as a Vault Hunter or as an important NPC. Her face is never shown as she is only seen in silhouette form and from the side, where a large pauldron obscures her face. The developers referred to the character with female pronouns during the presentation and were adamant about keeping her face obscured. No further footage of the game was shown. As of April 2019, we now know that the showcased character was the playable character Moze.

At PAX East, 2019, an official teaser trailer for the game, titled "Mask of Mayhem", was released. The trailer features an animated 3D collage of various characters, both new and familiar, made to look like porcelain. The end of the trailer zooms out to reveal the collage is in the shape of a Psycho's mask. What follows is the tagline "Mayhem is coming." with the Borderlands website address underneath.

The day after, during Gearbox's presentation, a full reveal trailer for Borderlands 3 was showcased. It showed off new characters, including the new Vault Hunters, returning characters, a villainous duo, several new enemies and several new weapon designs. 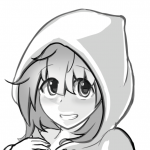 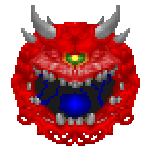