The Bloodshot Ramparts is an area in Borderlands 2. It is located on top of the Bloodshot Dam. The top of the dam is severely damaged by Hyperion Moonshots. At the start of the top of the dam during A Dam Fine Rescue, some bandits will fight the Hyperion robots. Two bandits run out of a makeshift garage and commit suicide by jumping off the highway.

The Shrine of the Gunbringer is located at the end of Bloodshot Ramparts behind the one-way Fast Travel terminal there. The bandits inhabiting the area refer to Marcus Kincaid as "The Gunbringer" and have erected this shrine in honour of him. ECHO recordings of the story behind the shrine can be found in various locations inside the Bloodshot Stronghold.

The shrine has a sacrifice pit that allows one member of a team to sacrifice another, and generate some loot in the process. The sacrifice is done by having one team member climb into the pit, while another throws the nearby lever. This causes a trap door to slam shut on the victim and then they get incinerated inside. The process can take from 30 seconds to a minute, depending on how many characters are in the hole. After the sacrifice is finished loot from Eridium to items ranging from white to purple rarity will appear around the shrine.

The sacrifice pit can only be used once per entry into the ramparts. If it was activated with nobody inside, the shrine will say "You gotta gimme something to work with!". 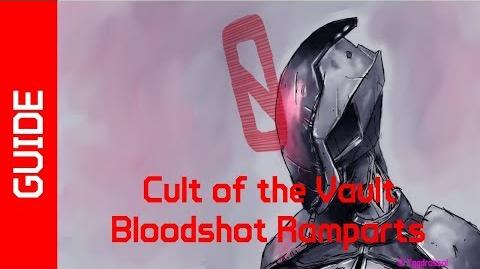 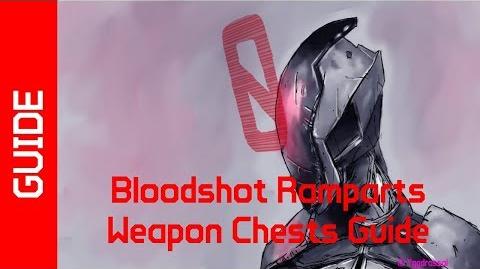