Blindsided is a story mission in Borderlands 2 given by Angel. The mission is performed in Windshear Waste.

"After Handsome Jack left your for dead in Windshear Waste, you escaped the cold and met a CL4P-TP General purpose robot - the last of his kind on Pandora. He has enlisted you as his minion: You are to help him kill Jack and save Pandora. Before you can do any of that, however, you will need to deal with a slightly more pressing matter: Claptrap's eye has been ripped out by a Bullymong and you must help him retrieve it."

Claptrap leads the way to Knuckle Dragger in an icy box canyon. Knuckle Dragger behaves like most other Bullymongs, leaping about and hurling rocks, although once reduced to half health she retreats and a wave of Monglets attack. Once killed, she drops Claptrap's eye.

When Claptrap's eye is retrieved from the dead Bullymong, Claptrap leads the way to Liar's Berg and Sir Hammerlock.

"Knuckle Dragger is dead, and you got Claptrap's eye back! Now you just need to find someone to reinstall it for him." 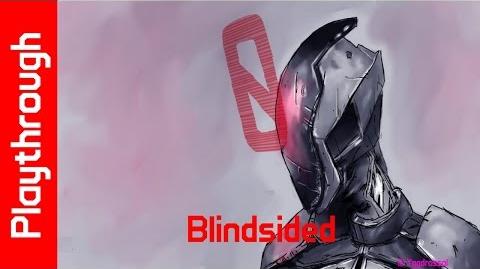 Blindsided
Retrieved from "https://borderlands.fandom.com/wiki/Blindsided?oldid=435106"
Community content is available under CC-BY-SA unless otherwise noted.