Bikers are the human enemies of Mr. Torgue's Campaign of Carnage. They field a range of units, from fast melee fighters through to ponderous brutes. Despite the global term used to cover these enemies very few of their number actually use bikes.

Bikers appear as enemies throughout Mr. Torgue's Campaign of Carnage. They are often randomly encountered in the larger campaign areas, but they are also used as competitors in staged arena fights.

Bikers are comprised of three identifiable factions: Pete's burners, Momma's boys, and Torgue's competitors. None of these individual groups have any official gang name to identify them, so they are simply named after their sponsors, Pyro Pete, Motor Momma, and Mr. Torgue, respectively. Each faction is hostile to the others, and they can be found as competing teams in the Torgue Arena, or adversaries in Pyro Pete's Bar. 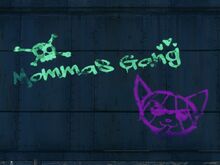 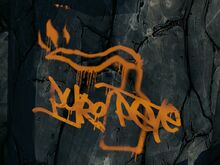 The various factions use variations of the same few units, but each faction has some distinct differences in its line up.

Retrieved from "https://borderlands.fandom.com/wiki/Biker_(faction)?oldid=419056"
Community content is available under CC-BY-SA unless otherwise noted.